This is a start-to-finish tutorial that will help you make Nuke plugins using the Nuke NDK, and it will cover both Windows and Linux.
Coding in C++ plays a big part in this, but first we’ll have to set up some things (especially on Windows).

FYI: The code you write will almost always work for both Windows and Linux, but compiling it for a specific OS is only possible by compiling it using that OS.

The first part of this tutorial is only relevant for Windows, so you can skip that if you’re purely interested in Linux!

What to do now?

The official Nuke NDK installation page is very clear on one issue:
Nuke plugins should be written and compiled in Visual Studio 2010 – Manifest Version 10.0.30319 – and nothing else.

It would have been great if the documentation was just as clear on every other aspect of setting up VS for Windows.
But sadly, for someone who is inexperienced in this field, like me, things quickly get complicated.

I made this step-by-step explanation for setting up Visual Studio to compile for Nuke.
I will also cover writing and compiling a very basic plugin in C++.

I use VS 2017, because VS 2010 is a pain. And because it works.
I know, it’s unresponsible and dangerous, but I am willing to take the risk.
Use whatever version you want, just follow the instructions and you’ll be fine.
Obviously, using the supported VS 2010 is recommended.

Download my example Visual Studio 2017 project and strip it of its contents,
or follow the instructions down below (don’t worry, they seem more intimidating than they actually are).

Download my example project using that button – it’s the ShiftRGB plugin, with which you can test if compiling really works.

Also, go check if the “menu.py” in your .nuke folder is correctly loading the dll file. See step 8 in the instructions for details on this.

If you want to test this dll file before opening the project in Visual Studio, copy the file
“NukeNDK_ExampleProject.zip\ShiftRGB\x64\Release\ShiftRGB.dll” to your .nuke folder.

This page by The Foundry is an amazing place to start learning C++ in combination with the Nuke NDK,
because there are actual example C++ files for existing Nuke nodes (like Constant, SimpleBlur, Deepcrop) available for download.
The Nuke NDK Developer Guide is also a great place to read about conventions and terminology.

Let’s look at the code in my example project ShiftRGB. This plugin has three input integer boxes, one for each channel R, G, and B.
It horizontally translates the channels according to that value, and that’s all.

First, we have to import the header files and namespace that will allow C++ to use the coding functions Nuke provides.

Then, let’s name the plugin and give it a Help-function for Nuke to understand.

Be sure to name the final compiled file the same as the class (in our case “ShiftRGB”), as Nuke will be looking for that filename.
In the main class we define the variables that can be influenced by user knobs in Nuke.
In this case, we’ll be adding a knob that has 3 integer values (the offset for each channel).

Nuke also wants the plugin to have a _validate, _request, and an _engine. Validate and Request are called once,
Engine is continuously called (multi-threaded).

We also create a function for the knobs to be loaded in the UI.

In the Validate and Request, let’s fetch all image data from the first input (input0).

Now comes the hardest part, which is the Engine. This will be called for each row (a horizontal line pixels), for each channel.
Keep this as lightweight as possible, as this can easily crash your Nuke.

This is what that would look like in C++:

Now we only have to create the user knob for the node, in the Knobs void.

Nuke also needs some information about this node, like what its UI-name is (when searching nodes).
This should be the same as the name of the final compiled file!

Compiling your code in Visual Studio is just a matter of hitting “Build” > “Build Solution” now.

Visual Studio will print the location of your compiled .dll file in the output console,
and if you followed steps 7 and 8 in the “Visual Studio Instructions” earlier, Nuke will start and your plugin will be loaded!

Make sure that you’ve got your .cpp file (which is just a text file with your code in it) and you have opened the Linux terminal.
Now, make sure the terminal is running from the directory your .cpp file is in. You can do this by entering:

Compiling is a lot less of a hassle on Linux – all that’s left to do now is to enter the following:

The “FileName” is the same as the name of the C++ class. If you’re following the example on this page, it should be “ShiftRGB”.

The “Nuke installation folder/include” is the path where the Nuke version you’re compiling for is installed.
The reason this path is necessary is that, in order to compile something, the compiler will need Nuke’s so-called header files (which are stored there).
The path will probably look something like this: “/usr/local/Nuke (+version number)/”.

After you’ve done this, there should be a file with the same name as your .cpp file, but with a .so extension instead. This is your final plugin!
Install it for Nuke like any other plugin – see step 8 in the Visual Studio Instructions if you need help with that!

Opening up Nuke, and finding the plugin 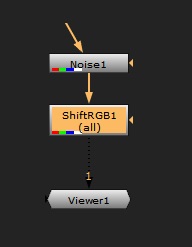 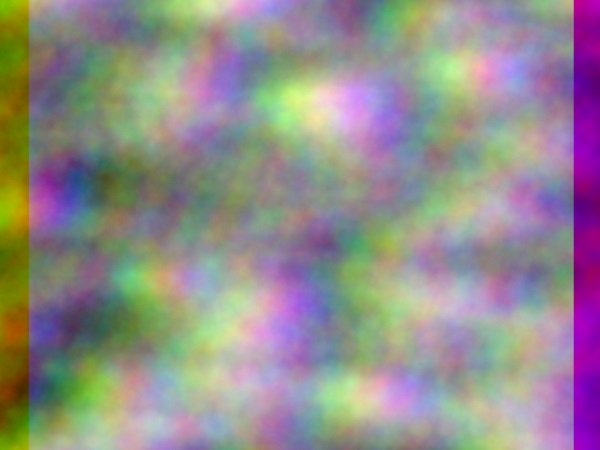 What to do now?

The Nuke NDK can be used to write heavy image processing algorithms.

With knowing C++ also comes the ability to write Blinkscript kernels (using the BlinkScript-node).
Blink script is a way to implement C++ in Nuke, without having to use Visual Studio and all that. It is, however, limited and less efficient.
This also goes the other way around: in C++, you can call the Blink API and get Blink functionality.

For more information on Blink, check out the Blink documentation.
There’s also this Foundry Community that helps you with questions about developing for Nuke (both Blink and C++)!